Linda Bäckström – The Alter Of Speed

LINDA BÄCKSTRÖM
THE ALTAR OF SPEED

A presentation by WETTERLING GALLERY and KANYA BERLIN.

About the Artist + Exhibition

Linda Bäckström was born in 1982 in Bomhus, Sweden, and lives and works in Stockholm. She received her Master in Fine Art from the Royal Institute of Art, Stockholm, Sweden, 2011 and has been represented by Wetterling Gallery since then. Her work has been shown in a number of solo and group exhibitions at the Wetterling Gallery in Stockholm and in Gothenburg, as well as at various international art fairs. Museum exhibitions include the Sven-Harrys Konstmuseum, the Katrineholm Konsthall and the Örnsköldsviks Konsthall & Museum, Sweden. At the moment, she is working on a public sculpture commissioned by the Katrineholm municipality.

Working in the tradition of Pop Artists such as Claes Oldenburg and Andy Warhol, Linda Bäckström’s soft sculptures explore issues of power, status, and materiality. With a penchant for non-heroic, “anti-art” materials such as spray foam and aluminum, and a keen eye for cultural objects bemired in symbolic notions of power, Bäckström’s deeply tactile works create a rich interplay between association, meaning, and materials.

A keen observer of what lies beyond the glitter of constructed facades, Bäckström infuses humor, whimsy, and satire into often sober themes. In recent years, many of her works discussed the visual language contrived to drive American culture and the American Dream. Without value judgment, Bäckström explored the ways in which this multifaceted, multicultural nation goes about procuring consensus on a shared set of values and how these values, cultivated by the vast advertising and lobbying industries, find expression in visual symbols.

In her new exhibition at Kanya Berlin, Linda Bäckström brings together aspects that have been part of her investigating work earlier: with her interest for cars and engines as a starting point, she tells the story of freedom and speed, the dream of winning, and the romantic tale of the independent individual man. At the same time she contrasts these symbols of competition, work, and passion with the aspects of the resources used to drive the wheel of speed. She points out the relation between coal, oil and fossils and brings our attention to how we use the natural resources we have. The car – once a symbol of freedom and individual luxury and independence – is today changing into a political question of responsibility and bad consciousness. Who stands behind that change and who has the right to decide? How do such changes influence us as individuals and as a society?

Bäckström describes her process as one involving intuition, chance and association. Scrupulously collecting images that catch her interest, Bäckström compiles her stories into a series of scrapbooks which serve as the starting point of her work.
Mostly known for her sculptural work and installations, Bäckström’s work is very much connected to textiles. Her spray foam sculptures are cast in hand-sewn textile moulds and assembled in a series of stages. Impossible to gauge and control the rate of expansion and drying process, her sculptures morph organically, thereby mastering their own identity and rejecting the artist’s total authority. Out of this unpredictability springs an authenticity that serves to open the stereotypes and allow for a variety of interpretations. In a second step, some sculptures are cast in aluminum, reversing the process and challenging the material and the viewer’s eye once again. In the most recent works, Bäckström is returning to her very early fascination for textile and production of fabrics, and has been working on a series of hand-woven wall carpets. 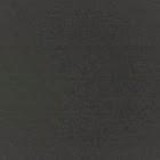